Thousands of Canadian businesses are unwittingly paying hydro penalties which are, in most cases, buried in their monthly hydro bills 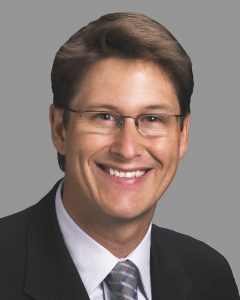 These charges – which can be excessive – relate to the unused portion of energy supplied by hydro companies to their customers. If the used portion is below a certain threshold, these penalties are applied.

This revelation prompted Team Anderson-Palmer at Cushman Wakefield Waterloo Region to take a proactive approach in alerting both past and prospective clients about this little-known phenomenon – and how to deal with it.

By applying something called a Power Factor Correction on industrial buildings, energy bills can often be substantially reduced. The correction can be implemented through the use of more efficient hydro equipment, which better converts electric current to usable power.

I learned about this at an intelligent buildings forum looking at ways to improve building efficiency for our clients. It hosted a seminar on power correction and after hearing this I just went, “Wow, this is something a lot of our industrial clients probably really don’t understand and it could help out their business.”

I am willing to bet that if you talked to 90-95 per cent of building owners, they probably don’t even realize there is a penalty — and ways of eliminating or minimizing how much is paid. It’s not uncommon for businesses to get these penalties, pay them, and not understand them.

We immediately realized this knowledge about how to correct the situation would prove beneficial to our clients.

What exactly is Power Factor?
Power Factor is part of the service brokers provide. In addition to brokering leasing and sales of industrial buildings, we are constantly looking at ways to help landlords and users reduce their expenses.

By dealing with this power correction issue, you can definitely reduce expenses.

In technical terms, Power Factor is the ratio of active or usable power to the total power available to the building. Ideally, the ratio is one-to-one; all available power is used and not wasted. But this is rarely the case, hence the need for a Power Factor Correction.

We got in touch with Alec Rancourt of Schneider Electric, a Power Quality Sales Expert, whose company presented the data at the conference. Schneider Electric is one of several companies active in Power Factor Correction, and has now developed a relationship with Cushman Wakefield.

Rancourt travels widely across the country to consult with companies, both large and small, on this topic and is surprised how uninformed many landlords and business owners are on the matter.

“In a perfect world, you would have people within companies who cared about energy management and energy efficiency,” Rancourt explained. “Now, that’s rarely the case unless there is a designated energy manager involved.

Capacitors often part of solution
Rancourt said avoiding these penalties and reducing monthly energy bills starts with the installation of capacitors. Ranging from small 10x12x10-inch blocks to giant units which can be 20x20x7 feet for major industrial buildings, they can normally be installed in a day. Capacitors reduce the amount of electrical current the building’s power system draws from the grid, thereby saving energy.

Typically, the cost of installing capacitors will pay for itself over a period of between six months to three years. This is something companies which employ a specialized energy manager quickly understand.

“The minimum installation cost would be $1,500 to $2,000 up to about $70,000,” Rancourt explained. “A lot of big motors are used by some of the major factories. Those guys have multiple systems around that price. We work with virtually everybody.”

Buildings which don’t have motors or HVAC (heating, ventilation and air conditioning) equipment to maintain the interior temperature don’t really need the Power Factor Correction capacitors. But if they are running motors, they’ll benefit from installing the devices. The savings in penalties can be substantial, he says.

“There are other guys who will spend $300 a year. There is a whole spectrum of penalties.”

While capacitors can make a building more energy-efficient and reduce energy bills by removing these penalties, there is another benefit. A company’s carbon footprint can also be reduced because there is less heat loss from transformers within the building.

Disclaimer: This article is for general information purposes only. Seek professional advice in your local jurisdiction to assist with individual situations.

The Anderson Palmer team at Cushman & Wakefield Waterloo Region has been instrumental in strategic acquisitions, sales and leasing of commercial properties across Canada. For information, contact Scott Anderson.

Graybar Canada has been assisting Cushman & Wakefield with its outstanding knowledge and advice relating to commercial building systems. For information, contact Jacqueline Mote.

You need to log in to use member only features.